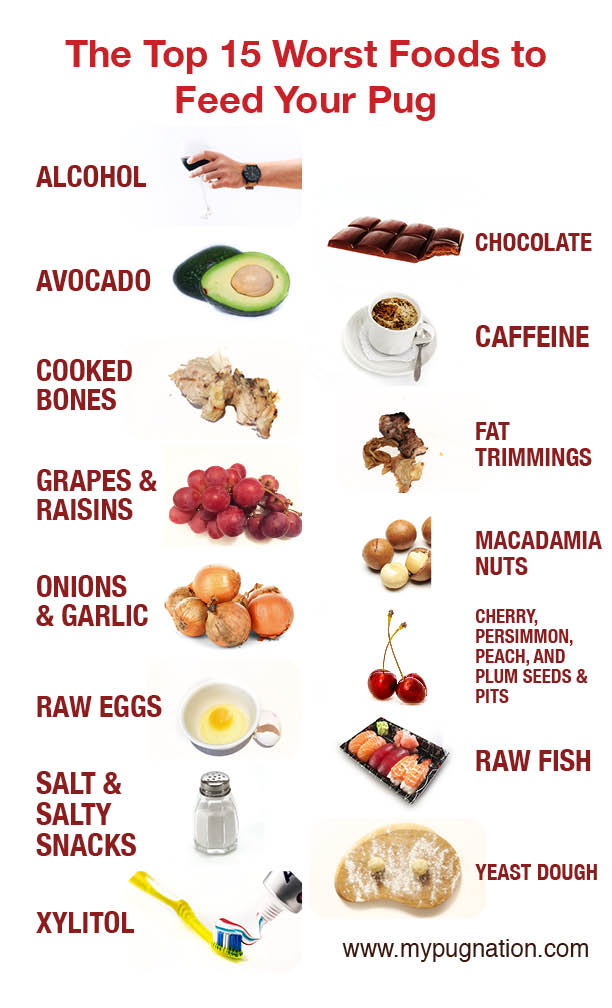 The Top 15 Worst Foods to Give a Pug

It can be so tempting to give your adorable pug some scraps while you’re cooking or eating. Pugs are famously devoted dogs that will rarely leave your side, and that’s no different in the kitchen or at the dining table. In fact, Kilo is even more interested in food than me – he is obsessed. He tries to jump on my lap while I am eating or looks up with big brown eyes pleading. I confess, we bond over toast and peanut butter in the morning, and I occasionally share certain other tasty treats with him too…

While many fruits and veggies or peanut butter or grilled lean chicken and beef are generally OK snacks to give Kilo, there are certain people foods that you should never share with your pug.

15 Human Foods That Can Be Toxic For Dogs 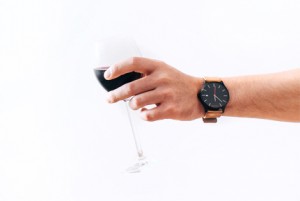 Beer, liquor, wine, and foods containing alcohol should all be avoided. Alcohol has the same effect on a dog’s liver and brain that it has on humans and it takes far less to do damage. The smaller the dog, the greater the effect, which is why this is a big no-no for pugs.

There is some debate about the risks and benefits of small quantities of certain avocados from different areas; however many contain a substance called persin. It’s found in the leaves, seed, and bark, as well as in the fruit. So we think it’s probably better to avoid the risk at home. 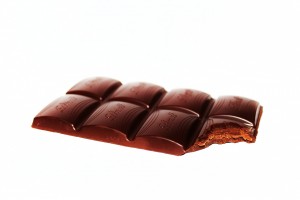 We had only been fostering Kilo for a few weeks when he stole a whole box of dark chocolate brownies. I had to rush him to my vet where they induced vomiting and gave him charcoal. A very traumatic expensive experience but he still loves the smell of chocolate and regularly tries to climb up on the dining table to see if anyone dropped chocolate wrappers or crumbs. 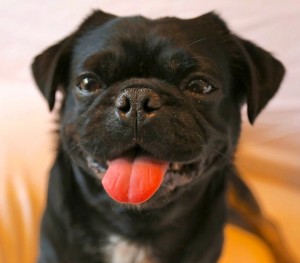 Chocolate contains very toxic substances called methylxanthines like theobromine, which are stimulants and stop a dog’s metabolic process. They are in all kinds of chocolate, even white. The most dangerous kinds, though, are dark chocolate, chocolate mulch, and unsweetened baking chocolate.

Eating it, even just licking the icing bowl, can cause a dog to vomit, have diarrhea, and be excessively thirsty. It can also cause abnormal heart rhythm, tremors, seizures, and death.

We are not experts in canine health, but we’ve chosen to use Carob as a substitute for chocolate. 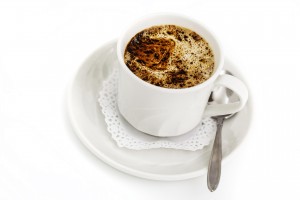 Caffeinated products all contain substances called methylxanthines, which are found in cacao seeds, the fruit of the plant used to make coffee, and in the nuts of an extract used in some sodas. When ingested by pets, methylxanthines can cause vomiting and diarrhea, panting, excessive thirst and urination, hyperactivity, abnormal heart rhythm, tremors, seizures, and even death.

Symptoms of caffeine poisoning can reportedly include restlessness, rapid breathing, heart palpitations, muscle tremors, and fits. In addition to tea and coffee – including beans and grounds – caffeine can be found in cocoa, chocolate, colas, and stimulant drinks such as Red Bull. It’s also in some cold medicines and pain killers.

Dogs love bones, and pugs are no exception! But make sure they’re always raw, as a cooked bone can be a choking hazard. Some bones can splinter and cause obstructions or lacerations in your pug’s digestive system. Raw bones are an important part of a raw diet and certain commercially prepared cooked bones should be safe, so consult your vet or a trusted source on specific bones. Always avoid cooked chicken bones and other bones leftover from cooking.

Fat trimmed from meat, both cooked and uncooked, can cause pancreatitis. Meat is an important part of your pug’s diet, but make sure to limit the fat content if you are preparing it yourself. Consult your vet for more information on what kind of meat content your specific pug may need. 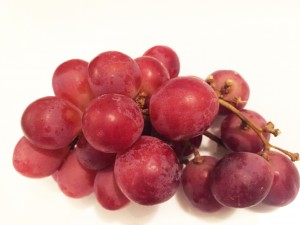 Many people do not realize that grapes and raisins can be toxic to dogs. In fact, we were at an event last week and someone served grapes for kids and a dog ended up ingesting some. Luckily his parents saw and knew the dangers and took him to the emergency vet where they induced vomiting.  Although it is apparently not entirely clear why, grapes and raisins can cause kidney failure. Just a small amount can make a dog ill, especially a small breed like a pug. Repeated vomiting is an early sign. Within a day, a dog may become lethargic and depressed.

Dogs shouldn’t eat macadamia nuts or foods with them because they can be fatal. As few as six raw or roasted macadamias can make them ill. Symptoms of poisoning may include muscle tremors, weakness or paralysis of the hindquarters, depression, vomiting, elevated body temperature, and rapid heart rate. Eating chocolate with the nuts will make symptoms worse, possibly leading to death. Signs usually appear within 12 hours of ingestion and can last approximately 12 to 48 hours. 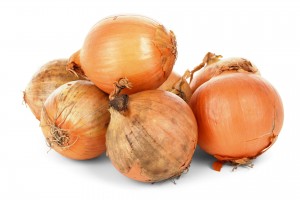 Like onions, leeks, and chives, garlic is part of the Allium family, and it is five times more toxic to dogs than the rest of the Allium plants. Onions and garlic in all forms – powdered, raw, cooked, or dehydrated – can destroy a dog’s red blood cells, leading to anemia. That can happen even with the onion powder found in some baby food or spaghetti sauce. A tiny dose is probably OK, but eating a large quantity just once or eating even smaller amounts regularly can cause poisoning. Symptoms of anemia include weakness, vomiting, little interest in food, dullness, breathlessness, pale gums, elevated heart rate, and collapsing. Poisoning from garlic and onions may have delayed symptoms, so if you think your dog may have eaten some, monitor him or her for a few days, not just right after consumption.

Toxicity is normally diagnosed through history, clinical signs, and microscopic confirmation of Heinz Bodies. I called my vet and the ASPCA hotline when my little thief Kilo ate onions and they weighed his risks based on age, size, quantity and time passed. He ended up being fine but gave us quite a scare.

Read about our Onion Scare with Kilo the Pug when he stole an onion quiche.

The problem with these fruits is the seeds or pits, and sometimes stems too. The seeds from persimmons can cause inflammation of the small intestine in dogs. They can also cause intestinal obstruction. Obstruction is also a possibility if a dog eats the pit from a peach or plum. Plus cherry, peach, and plum pits contain cyanide, which is poisonous to both humans and dogs. The difference is humans know not to eat them, and dogs don’t! The flesh of these fruits is fine for your pug, but make sure to store them out of reach. 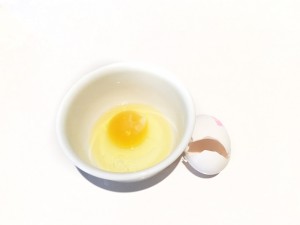 There are dog owners who feed their pets raw diets and tout the benefits of raw eggs for their dogs. But there can be two possible problems with giving your dog raw eggs: The first is the possibility of food poisoning from bacteria like Salmonella or E. coli. The second is that an enzyme in raw eggs interferes with the absorption of a particular B vitamin. This can cause skin problems as well as problems with your dog’s coat if she’s been eating any substantial quantity of them for a long time. Cooked eggs in moderation are OK! 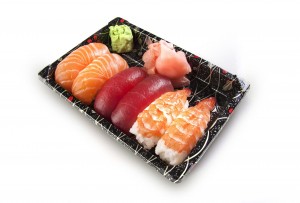 Salmon, trout, shad, or sturgeon can contain a parasite that causes “fish disease” or “salmon poisoning disease.” If not treated, the disease can be fatal within two weeks. The first signs of illness are vomiting, fever, and big lymph nodes. Thoroughly cooking the fish will kill the parasite and protect your dog. Cooked fish like salmon can be an excellent source of protein, good fats and amino acids.

Large amounts of salt can produce excessive thirst and urination, or even sodium ion poisoning in pets. Signs that your pet may have eaten too many salty foods include vomiting, diarrhea, depression, tremors, elevated body temperature, seizures, and even death. As such, we encourage you to avoid feeding salt-heavy snacks like potato chips, pretzels, and salted popcorn to your pets. While not recommended, giving your pug salt can be a way to induce vomiting if he’s eaten something even more toxic.

Yeast dough can rise and cause gas to accumulate in your pet’s digestive system. This can be painful and can cause the stomach to bloat, and potentially twist, becoming a life-threatening emergency. The yeast produces ethanol as a by-product and a dog ingesting raw bread dough can become drunk (see Alcohol).

Before it’s baked, bread dough needs to rise, and that’s exactly what it would do in your dog’s stomach if she ate it. As it swells inside, the dough can stretch a dog’s abdomen and cause severe pain. In addition, when the yeast ferments the dough to make it rise, it makes alcohol that can lead to alcohol poisoning.

Xylitol is used as a sweetener in many products, including gum, candy, baked goods, and toothpaste. It can cause insulin release in most species, which can lead to liver failure. The increase in insulin leads to hypoglycemia (lowered sugar levels). Initial signs of toxicosis include vomiting, lethargy, and loss of coordination. Signs can progress to seizures. Elevated liver enzymes and liver failure may be seen within a few days.

Candy, gum, toothpaste, baked goods, and some diet foods and peanut butters may be sweetened with xylitol. Always read the label before giving your pug processed food.

In Case of Emergencies

It’s a great idea to always keep the numbers of your local vet, the closest emergency clinic, and the ASPCA Animal Poison Control Centre – at (888) 426-4435 – handy and accessible in case of an emergency. If you think your dog has gotten into something toxic, call for emergency help right away.

Meet Susan and Kilo the Pug

I am Susan Nation and this is my Pug Kilo. 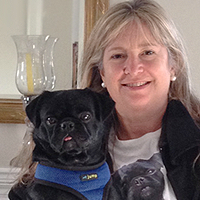 Kilo and I found each other a year ago through Homeward Bound Rescue. Who could resist that little face? He had been through 4 homes in his 2 years.

I had never had a pug before. They are a very special breed. I call Kilo my velcro dog. We both love food, games, cuddling and short walks. He has a few issues but we are working through them gradually using positive training.

I started this blog to share my insights about living with Kilo the Pug, plus to share stories, pictures and videos about Kilo and other adorable pugs.